A traditional rite of passage 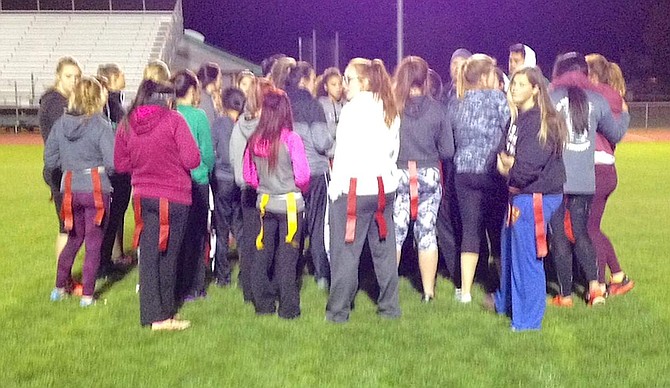 Coach Brad Barton brings his team of seniors into a huddle during practice for the 2016 homecoming Powder Puff game.