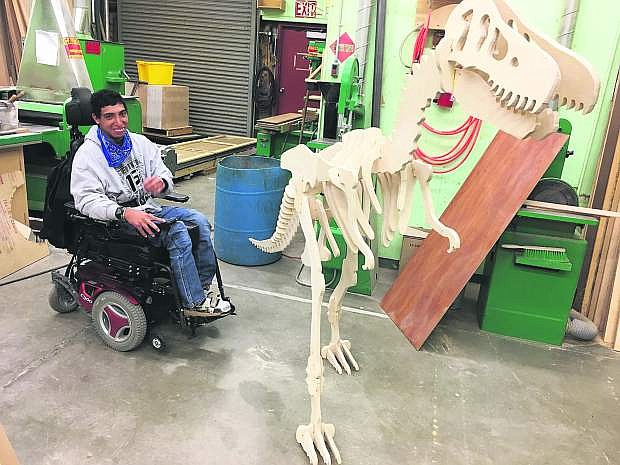 Mordachi Simon shows off one of his projects he put together with the help of Dayton wood shop teacher Lee Volberding.