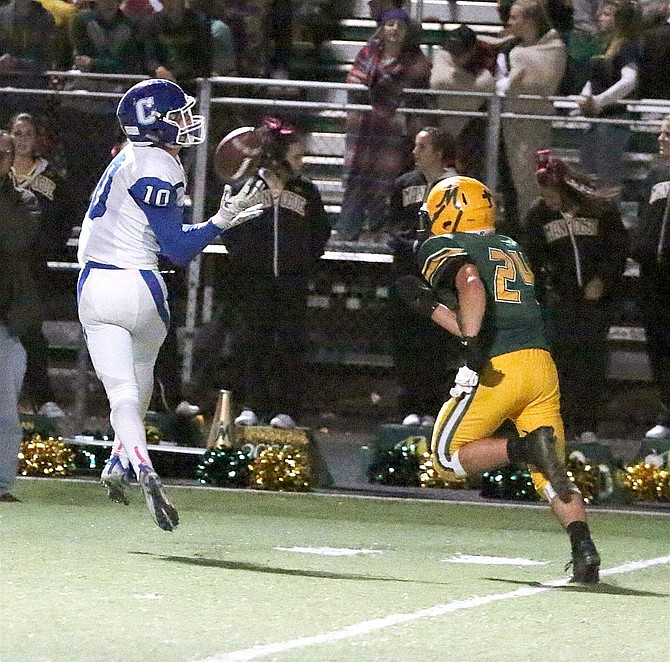 Wide reciver Brandon Gagnon hauls in a pass from Abel Carter during the third quarter. Carter is 3-for-3 on pass attempts this year.