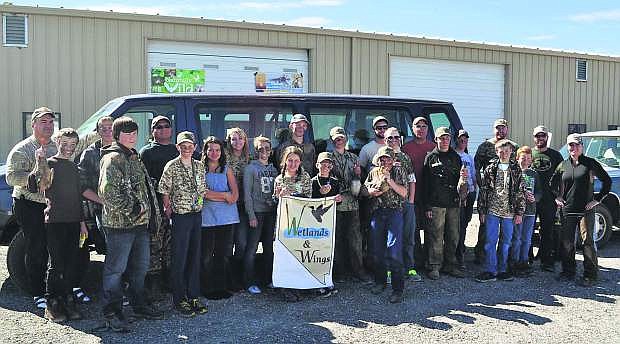 he Wetlands and Wings youth program has a waterfowl hunt day at the Fallon Paiute-Shoshone Tribe wetlands. The tribe also provided transportation and mentors for the group of first-time hunters who did an extensive pre-hunt workshop and used gear and equipment donated by local businesses.