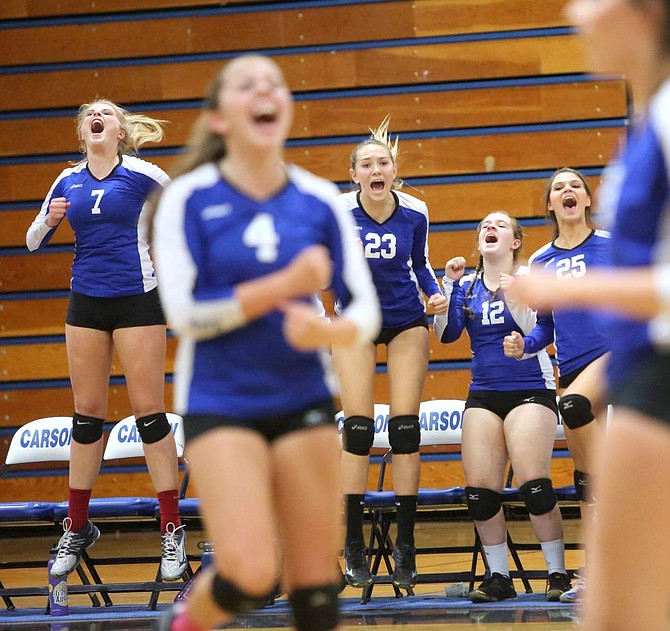 Carson celebrates a third game victory in a match against Douglas on Tuesday night.