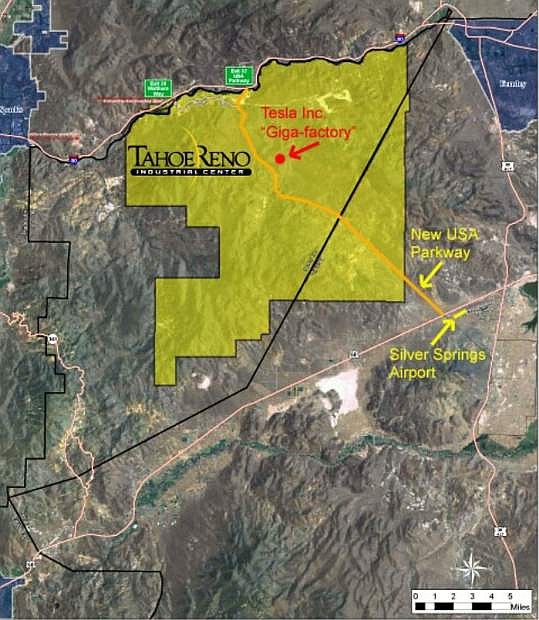 The path of the USA Parkway extension through the Tahoe Reno Industrial Center in this map shows it&#039;s terminus on U.S. Highway 50 just southwest of the Silver Springs Airport, which is undergoing a new master plan planning process to prepare it for future growth.