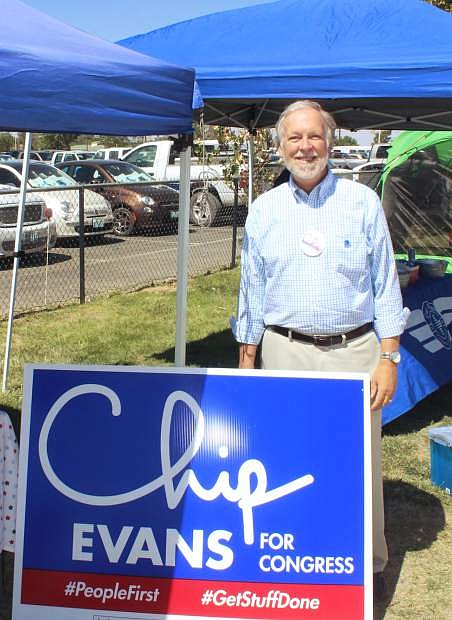 Chip Evans, a candidate for Congressional District 2, spent time at the Cantalpoupe Festival and Country Fair.