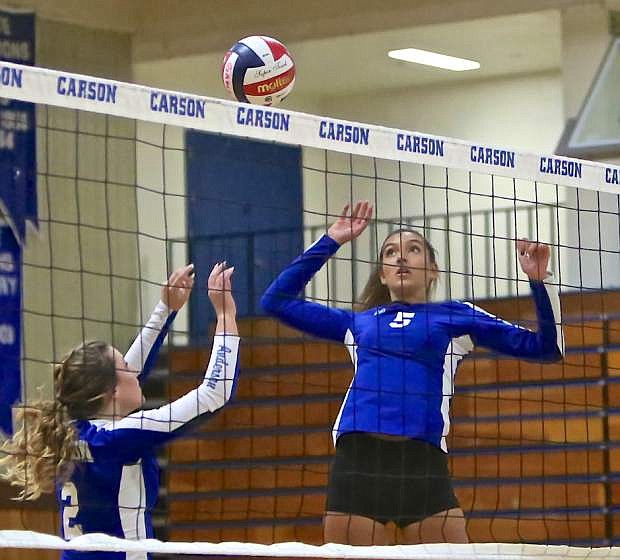 Natalie Anderson (left) sets for Dajarrah Navarro during the first game with the Damonte Ranch Mustangs Thursday night at home.