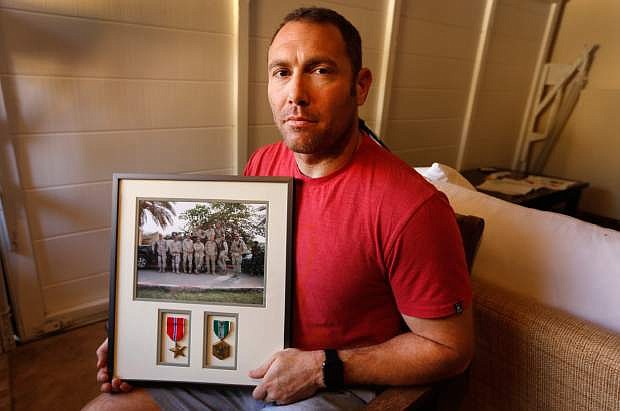 FILE - In this Friday, Oct. 21, 2016 file photo, Robert D&#039;Andrea, a retired Army major and Iraq war veteran, holds a frame with a photo of his team on his first deployment to Iraq in his home in Los Angeles. Nearly 10,000 California National Guard soldiers have been ordered to repay huge enlistment bonuses a decade after signing up to serve in Iraq and Afghanistan, the Los Angeles Times reported Saturday. (Al Seib/Los Angeles Times via AP, File)