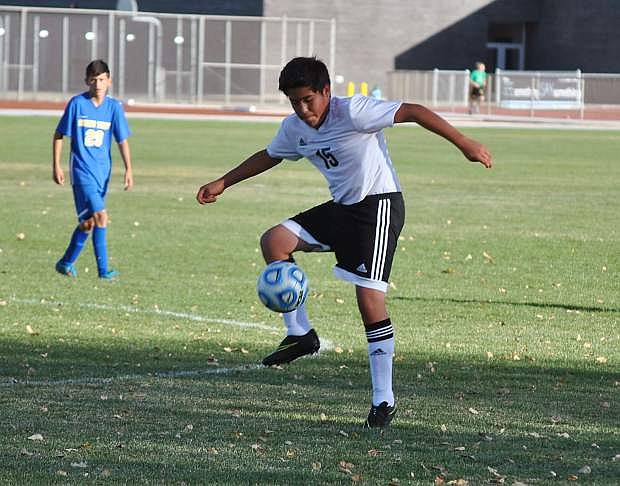 Kevin Duenas kicks the ball to get control of it after an interception during the Greenwave&#039;s game against South Tahoe.