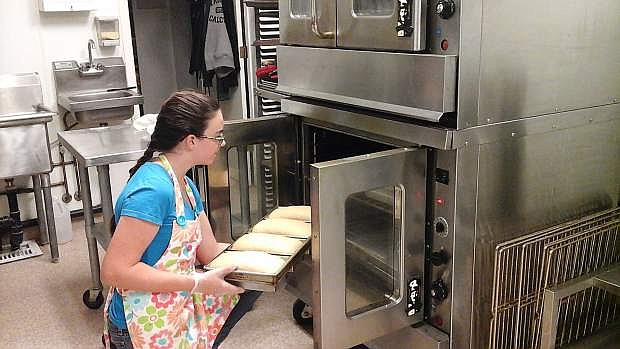 Kristen Coblentz makes bread in the Lattin Farms kitchen. She took over The Bread Girl business from her sister Melissa Coblentz.