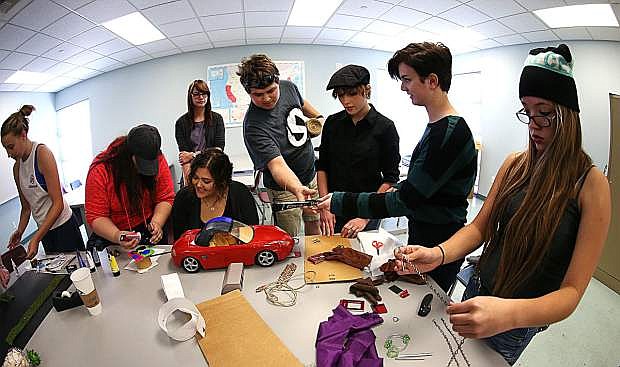 Students in a Western Nevada College English class create a Steampunk time machine as part of their studies on Oct. 12.