New upgrades worth the price of admission 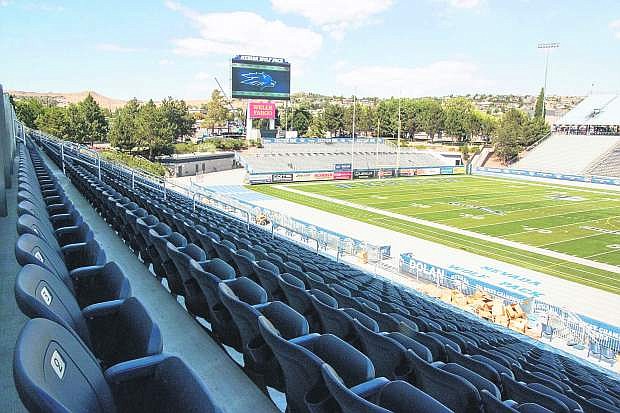 Sections of bleachers on the east side were replaced with chair-back seats in addition to a new scoreboard and replacement of the track, which went from red to silver during the renovation at Mackay Stadium.