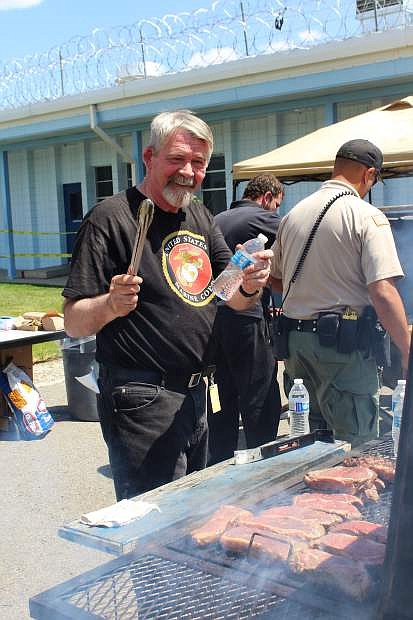 Kevin Burns, Veterans Resource Director at Western Nevada College, helps with a fundraising barbecue for inmates in May at the Nevada Department of Corrections; Warm Springs Correctional Center in Carson City.