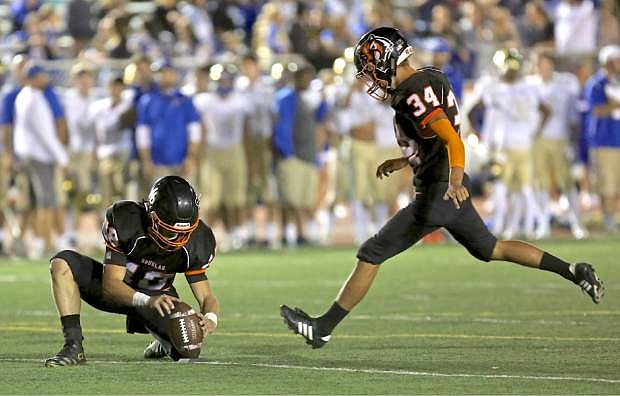 Hunter Hickey holds the ball for Douglas kicker Josh Gurule (34) Friday night against Reed at Keith Roman Field. Gurule kicked a 33-yard field goal that gave the Tigers an early 3-0 lead, however, the Raiders came back to post a 53-16 victory.