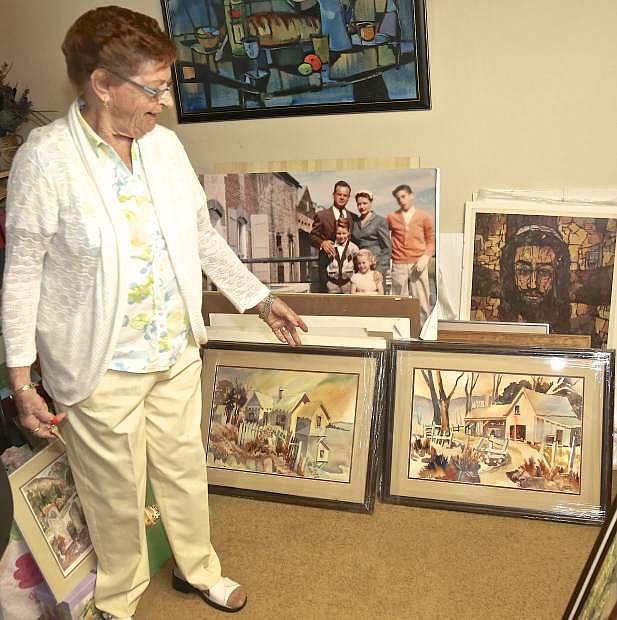 Pat Holub, 93, shows some or her art pieces at her home in Carson City Wednesday.