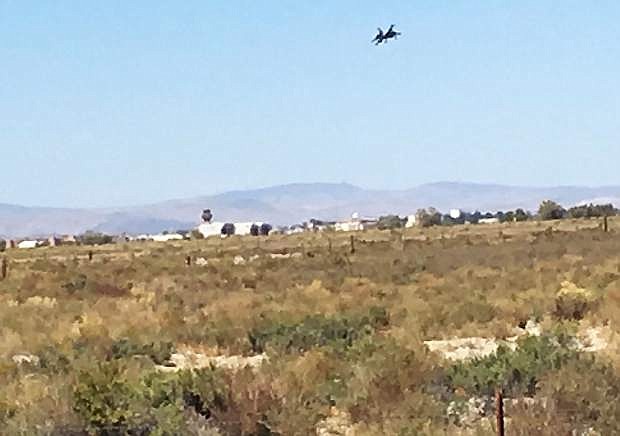 An area south of the Naval Air Station Fallon runway near Macari Lane is being considered for a major geothermal project.