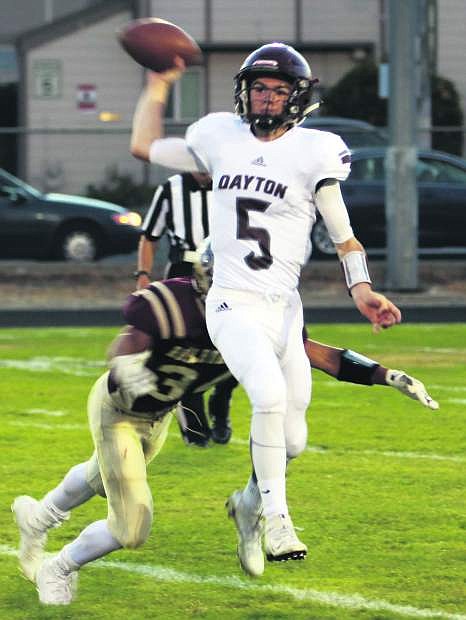 Dylan Torgerson of Dayton gets rid of the ball against Sparks on Friday.