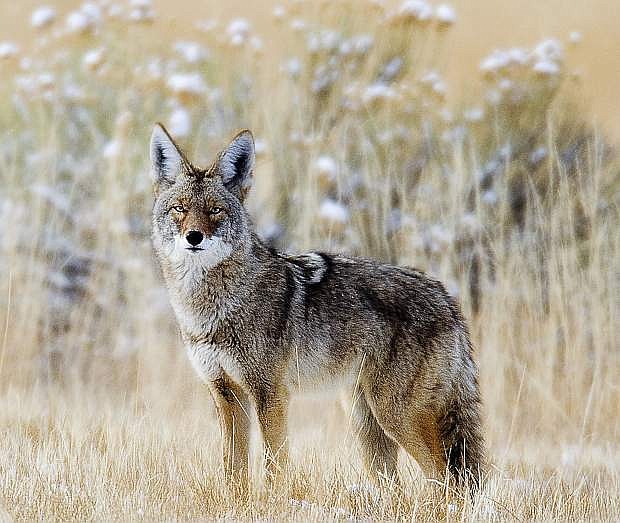 A coyote is seen prowling in the wild in Nevada.