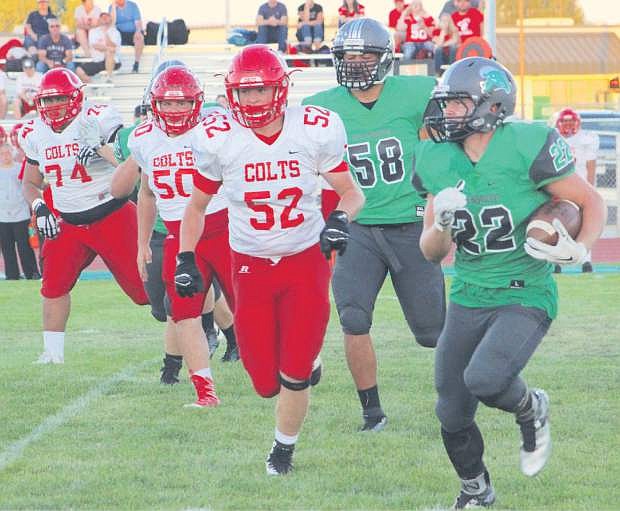 Cade Vercellotti (22) of Fallon rounds the left side to pick up a chunk of yardage against Wooster Friday night.