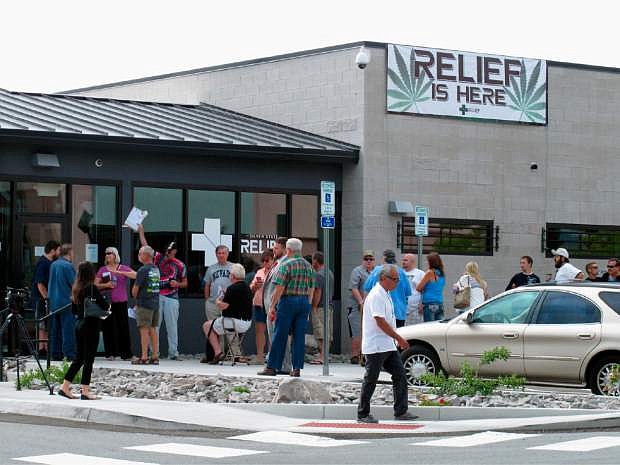 Dozens of people lined up outside the Silver State Relief medical marijuana dispensary in Sparks, Nevada last year. A ballot question on legalization is now meeting with opposition from big names in Nevada politics.