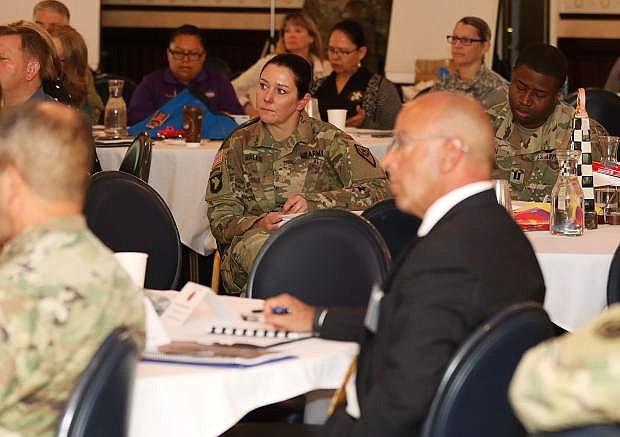 Nevada National Guard Maj. Christy Hales listens to a speaker at the Beyond the Yellow Ribbon Invitational Summit Wednesday morning at the Governor&#039;s Mansion. The summit was to help collaborate and share ideas for how to reduce military and veteran unemployment across the country.