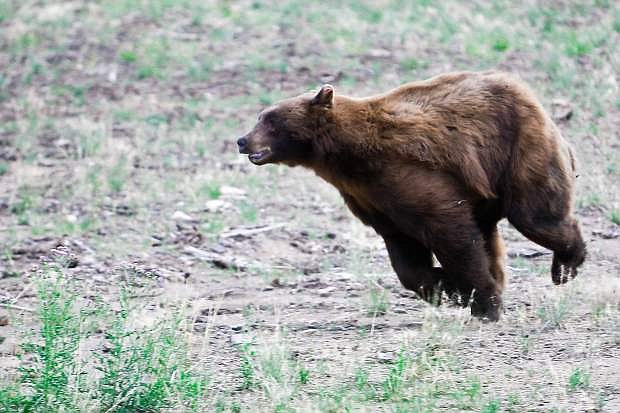 A 500-pound male bear was released near Spooner Summit in May.