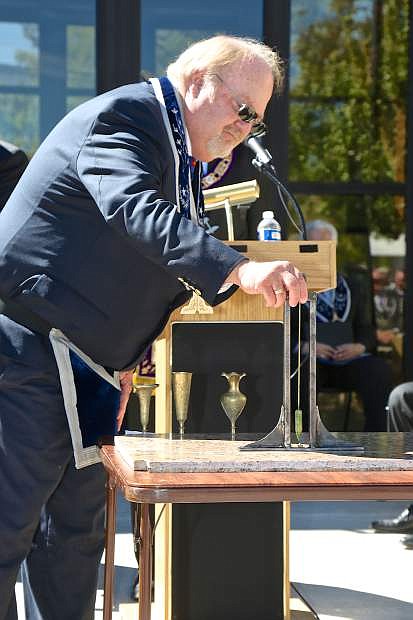 Grand Lodge member Mark A. Marsh ceremoniously checks the level of the cornerstone at the Nevada State Museum Saturday during a re-dedication ceremony.