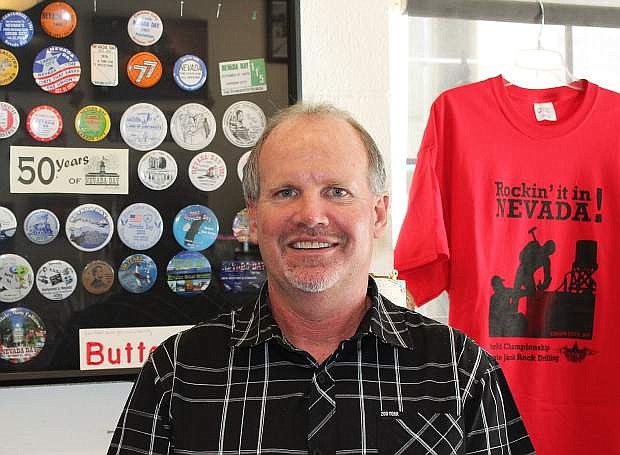 Nevada Day Executive Director Ken Hamilton stands in front of some of the collectible buttons produced annually along with T-Shirts available for sale at the Nevada Day Store, conveniently located at 108 W. Telegraph Street.