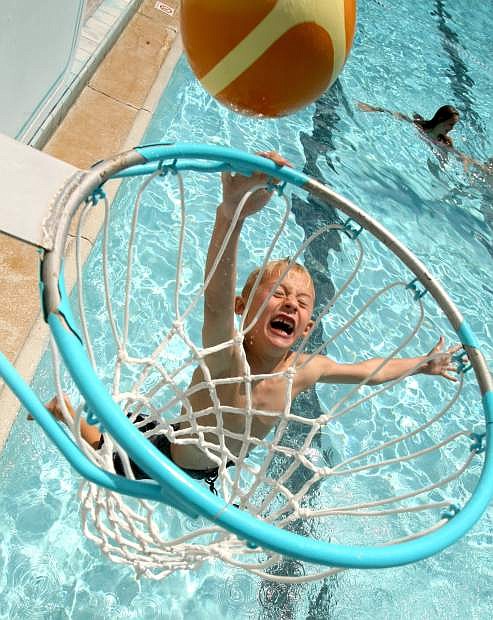 Isaac Chambers, 7, takes advantage of the last week of summer break and plays basketball at the Carson City Aquatic Center on a hot Monday afternoon.