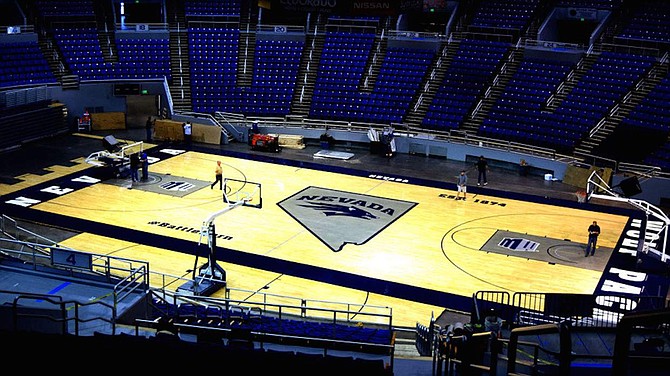 The University of Nevada has installed a new basketball court.