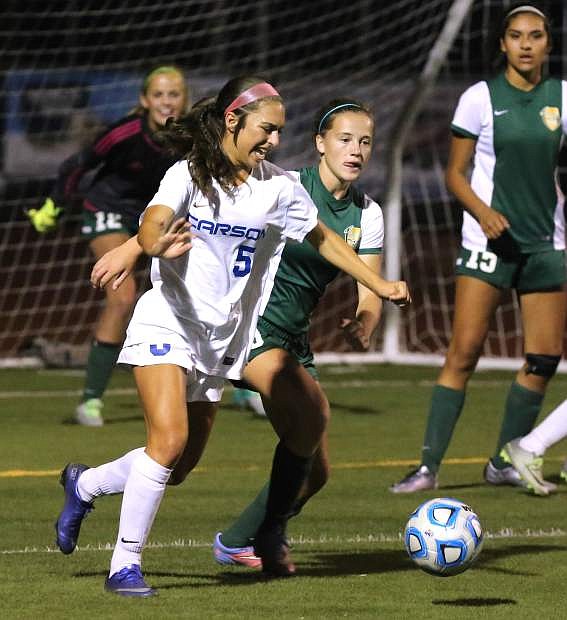 Isabella Wakeling battles for the ball in a match against Manogue on Tuesday night.