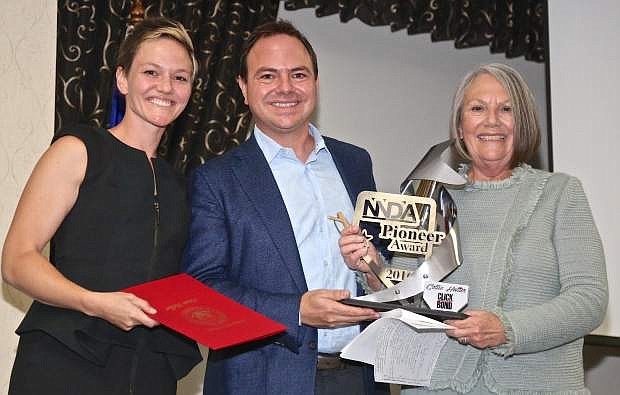 Click Bond Inc. co-founder Collie Hutter, right, was honored with the 2017 Pioneer of the Year award Friday night at the Carson Nugget. Here she is pictured with her children, Karl Hutter and Katherine Hutter-Mason.