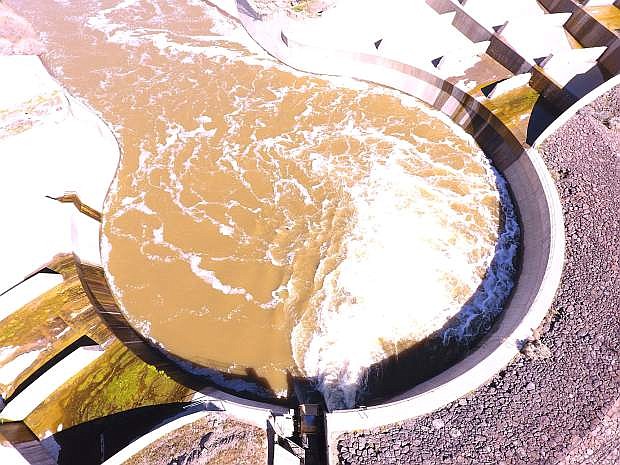 In this drone shot taken Saturday, water from one side of the Lahontan Dam fills a &quot;bowl&quot; that dissipates the water&#039;s energy after it&#039;s released quickly from the dam.