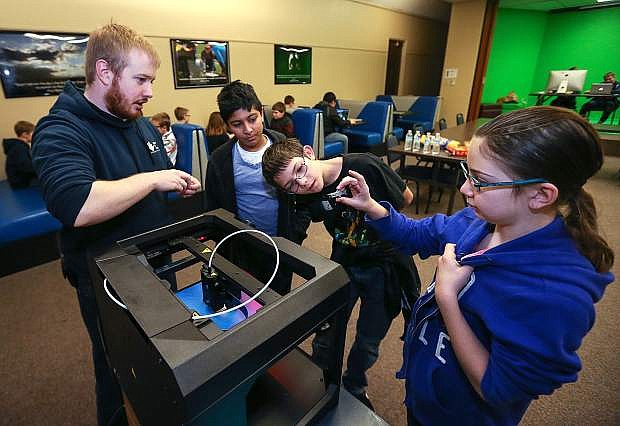 Librarian Aubrey White talks to teens, from left, Anu Praveen, Seth Taylor and Jessica Artz about using the 3D printer during a program at the Carson City Library in January 2016. Nevada library representatives will be meeting with lawmakers on April 12 to discuss statewide library programs. Photo by Cathleen Allison/Nevada Photo Source