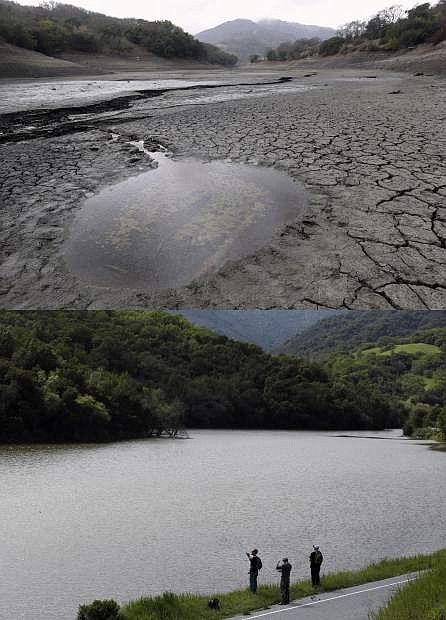 FILE - This combo of two photos shows (top photo) the cracked-dry bed of the Almaden Reservoir on Friday, Feb. 7, 2014, in San Jose, Calif., and (below photo) the same Almaden Reservoir full of water on Monday, March 14, 2016. Gov. Jerry Brown declared an end to California&#039;s historic drought Friday, April 7, 2017, lifting emergency orders that had forced residents to stop running sprinklers as often and encouraged them to rip out thirsty lawns during the state&#039;s driest four-year period on record. (AP Photo/Marcio Jose Sanchez, FILE)