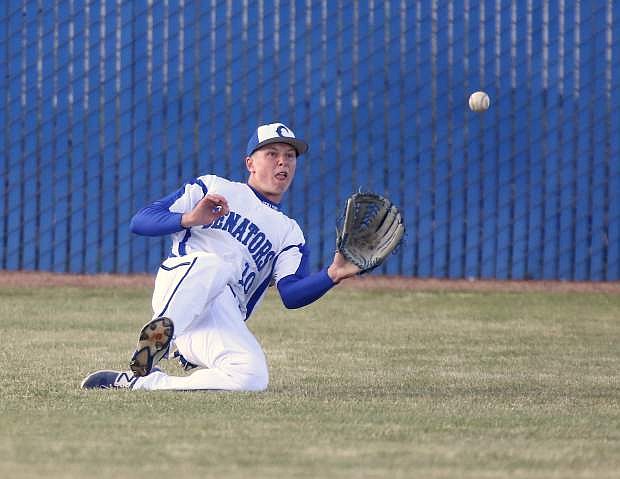 Right fielder Landon Truesdale makes a sliding catch for an out in a game against North Valleys on Tuesday.