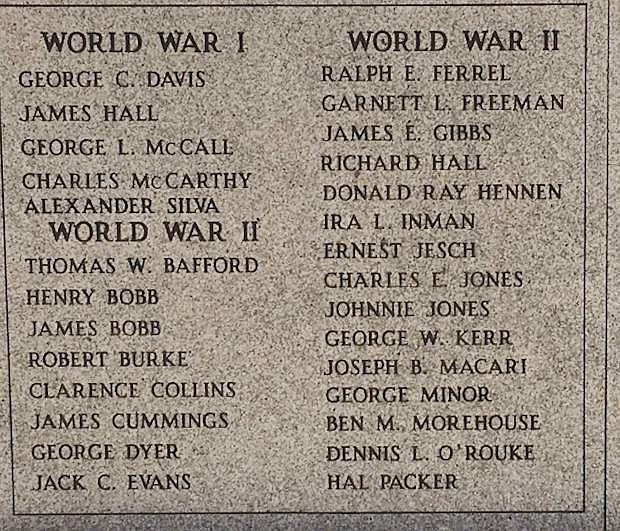 Behind Fallon City Hall is a list of names of soldiers killed during World War I and II.