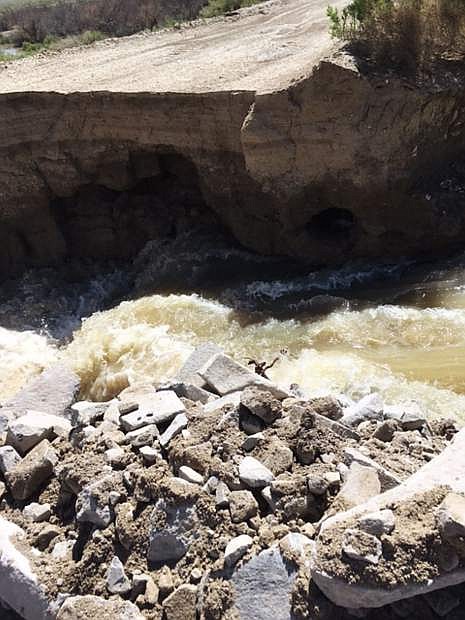 This is a portion of the embankment and dam that were breached Thursday by undermining water in Sheckler Reservoir.