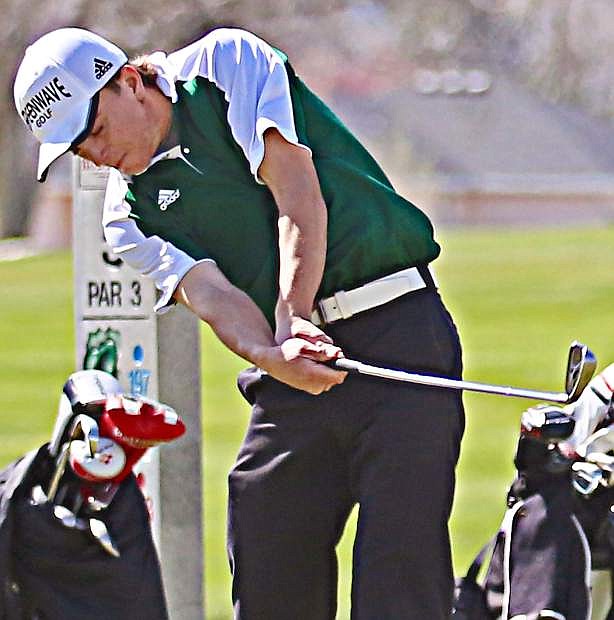 Kelvin Cann swings for his shot during a golf tournament in Elko.