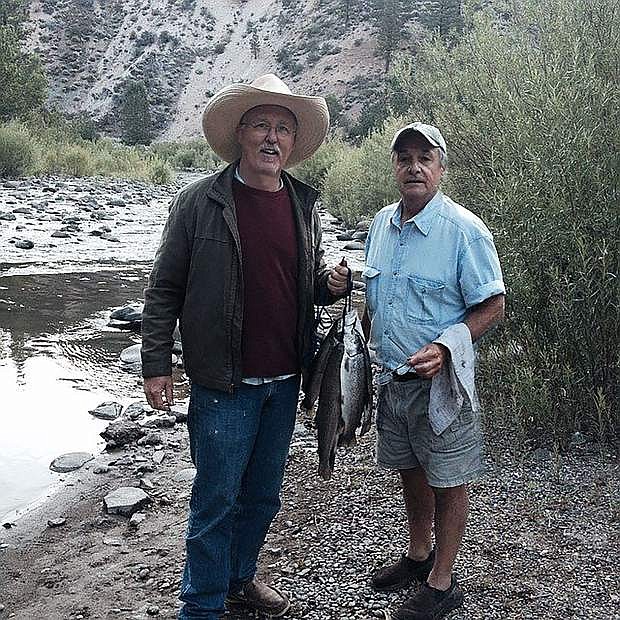 The musical collaboration of Slade Rivers, left, and Beans Sousa was kindled after the pair met while fishing in the Carson River.