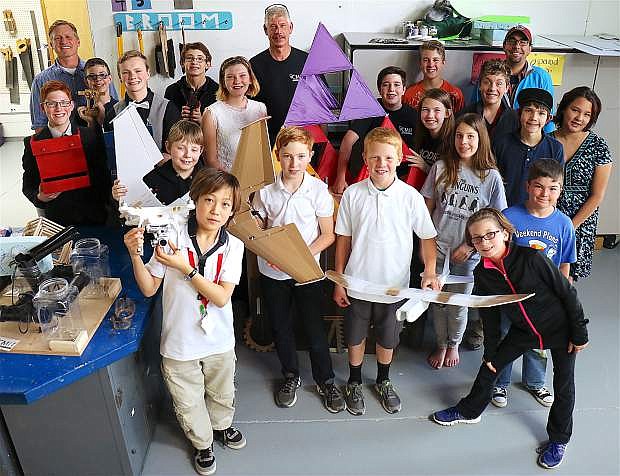 The first generation of students and teachers of the Carson Middle School Makers Club commit to meeting once a week, and create technology products in the school&#039;s warehouse.