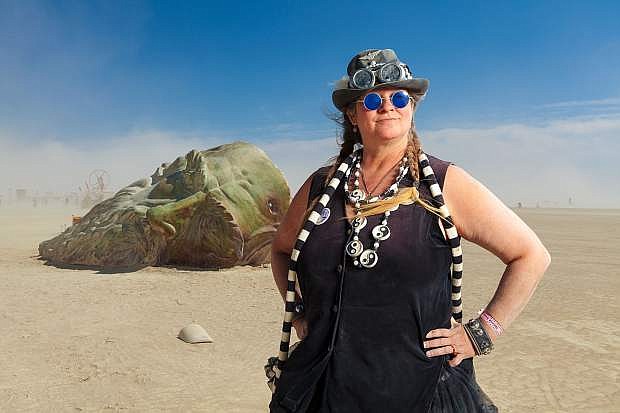 Sculptor MiscHell Riley at Burning Man 2016 with her sculpture Inside the Mind of daVinci. Photograped on August 30, 2016 by Scott R. Kline at Black Rock City, NV.