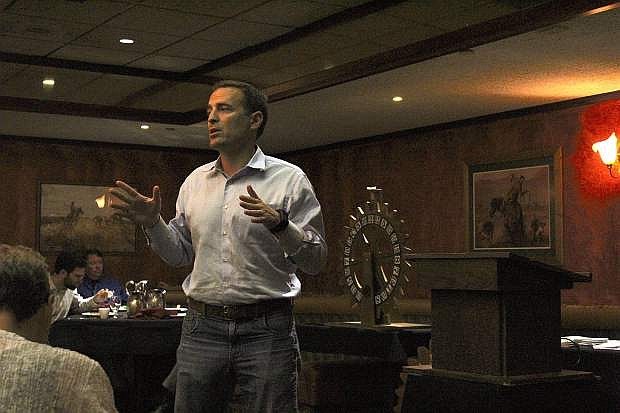 Attorney General Adam Laxalt shares the latest from his office with a crowd of about 40 at Stockman&#039;s Steakhouse. The Rotary Club luncheon was open to the public and featured a few AG Office speakers, part of Laxalt&#039;s second annual informative &quot;AG for a Day&quot; tour.