Heller feeling heat from both sides 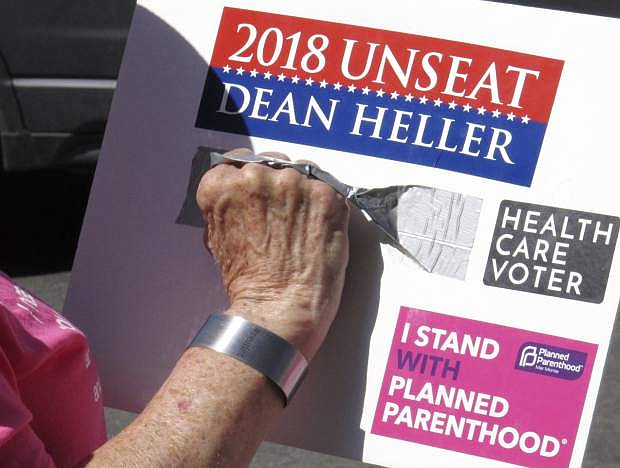 In this Tuesday photo, a protest sign is shown outside the office of U.S. Sen. Dean Heller, R-Nev., in Reno.