Pence, Cruz pull out of Gardnerville Basque Fry due to hurricane 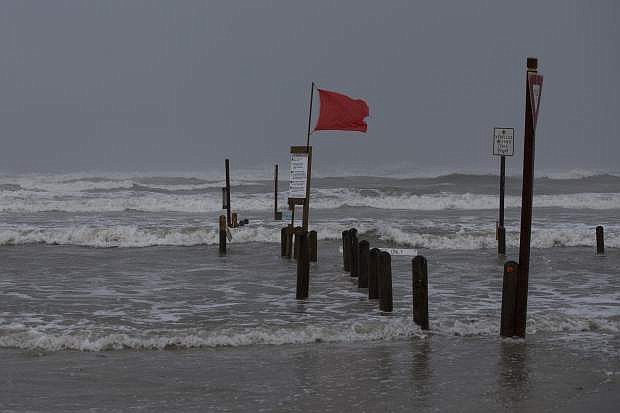 Water rises at Bob Hall Pier in Corpus Christi, Texas as Hurricane Harvey approaches on Friday, Aug. 25, 2017. The slow-moving hurricane could be the fiercest such storm to hit the United States in almost a dozen years. Forecasters labeled Harvey a &quot;life-threatening storm&quot; that posed a &quot;grave risk&quot; as millions of people braced for a prolonged battering. (Courtney Sacco/Corpus Christi Caller-Times via AP)