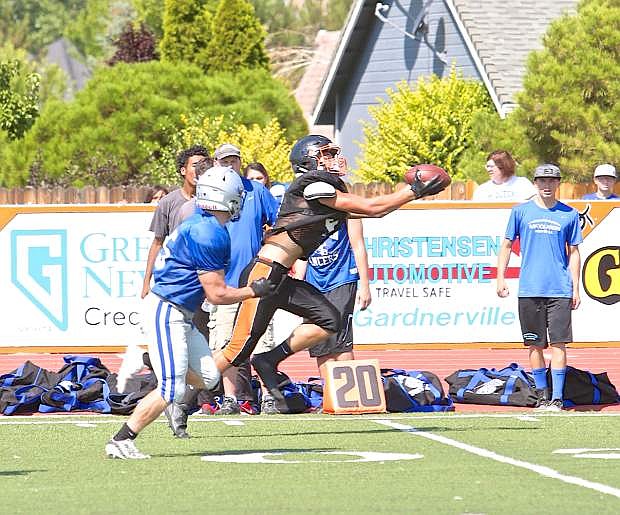 Tigers receiver Devon Ryan stretches for a reception that resulted in a score Saturday against McQueen during a scrimmage earlier this season. Ryan scored three touchdowns on Saturday in a loss against Rigby.