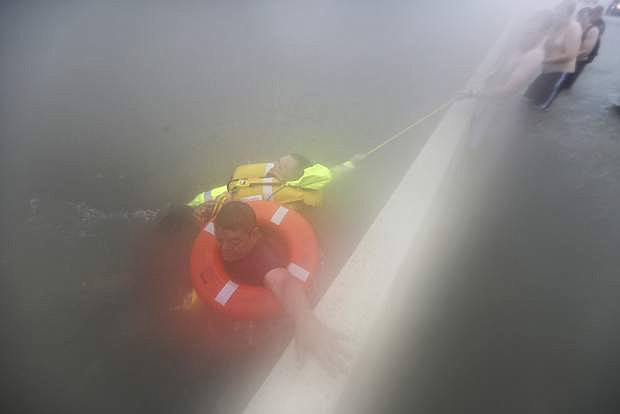 Wilford Martinez, bottom, grabs the median as he is rescued from his flooded car along Interstate 610 in floodwaters from Tropical Storm Harvey on Sunday, Aug. 27, 2017, in Houston, Texas. (AP Photo/David J. Phillip)