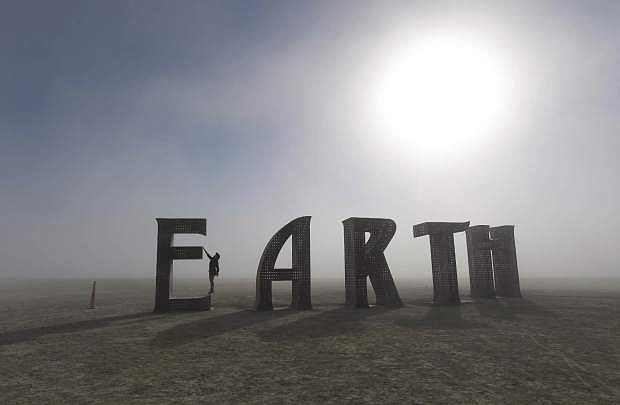 FILE - In this Saturday Aug. 27, 2016, file photo, Anita Vranckx, of Belgium, hangs from the E of an Earth sculpture at Burning Man on a dusty morning on the playa in the Black Rock Desert near Gerlach, Nev. Tens of thousands have braved massive traffic jams to get to the remote stretch of Nevada desert for the 2017 Burning Man festival that runs until Sept. 4, 2017. (Andy Barron/The Reno Gazette-Journal via AP, File)