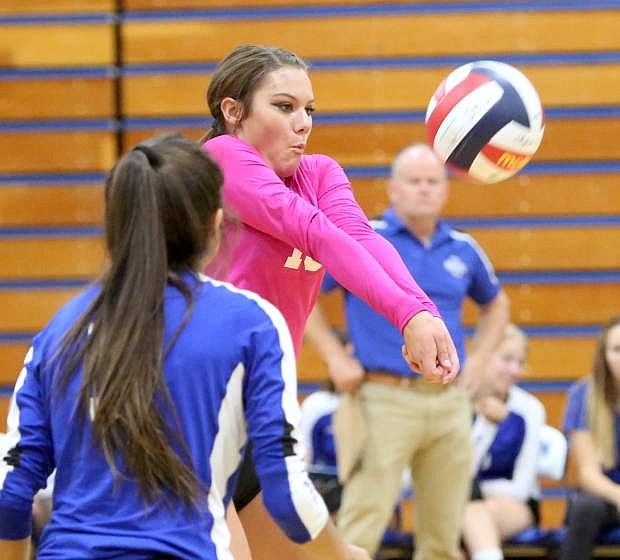 Carson High School&#039;s Abbey Paulson bumps the ball to the front line in a match against Reno on Tuesday night.