Where to find Carson City Library in December and January 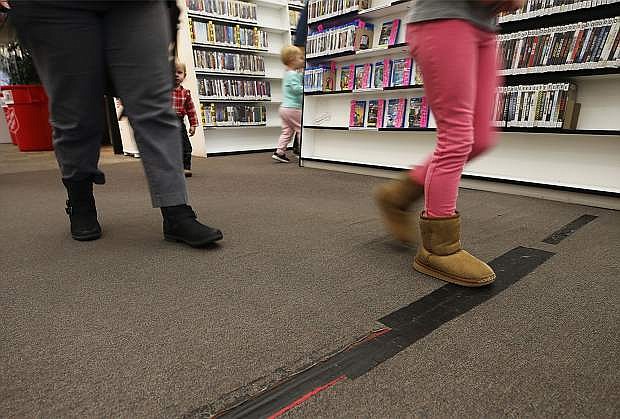 Patrons walk over patched sections of carpet at the Carson City Library in Carson City, Nev., on Thursday, Nov. 30, 2017. The library will close on Dec. 10 for up to eight weeks while crews install new flooring and paint the interior. Photo by Cathleen Allison/Nevada Momentum