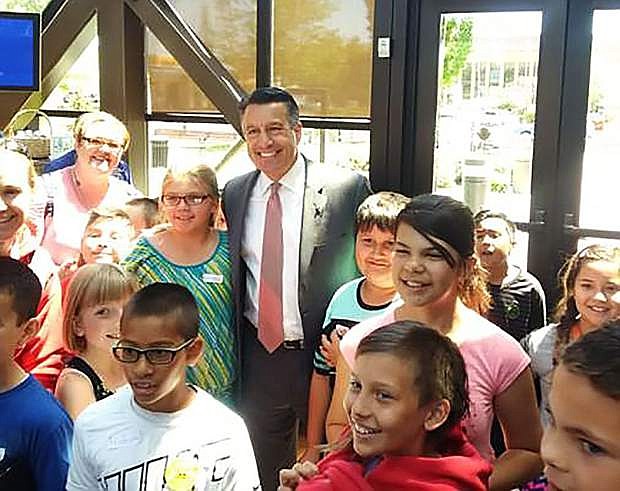 Nevada Gov. Brian Sandoval poses for a photo with 4th-grade students from Mark Twain Elementary School in Carson City in the Dema Guinn Concourse of the Nevada State Museum in this May 26, 2017 photo. The 2017 Nevada Legislature approved $500,000 in funding to reimburse school disctricts for the cost of transporting students on field trips to the seven state museums. Peter Barton/Nevada Division of Museums and History