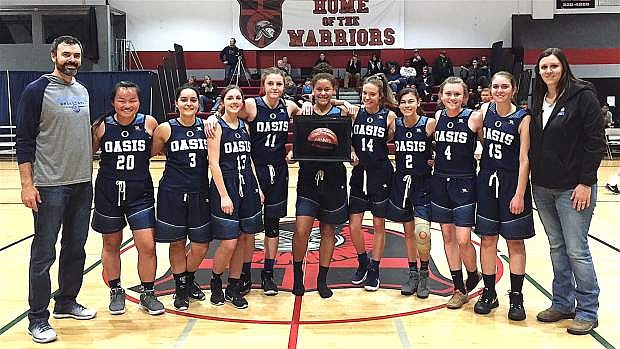 The Lady Bighorns claimed the championship trophy in the Excel Christian tournament. The team faced Excel Cristian, Wooster and Coral Academy of Science.