Nevada Traveler: The wandering ways of the mighty Humboldt River 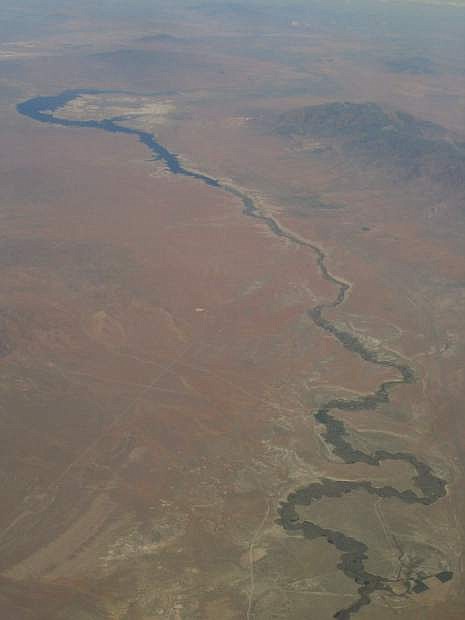 Aerial view of the Humboldt River, with all of its switchbacks and curves, near Rye Patch Reservoir.